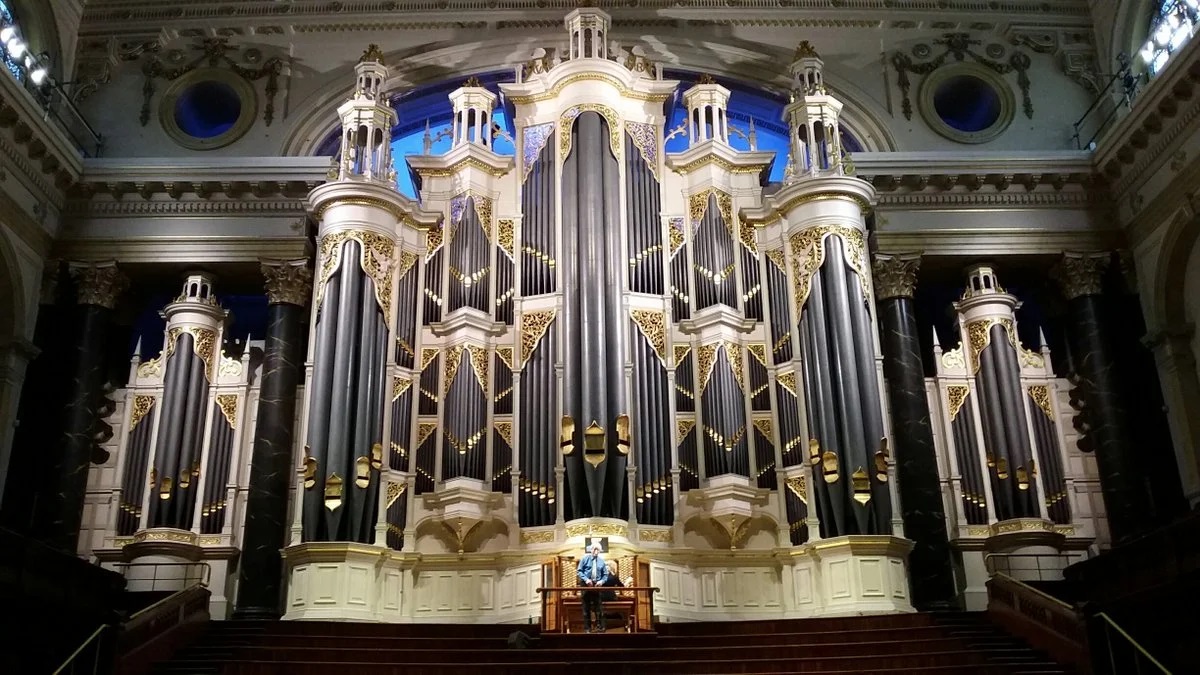 Most Spectacular Organs in the World

You must have heard about this classic musical instrument that is played in cathedrals, churches, and town halls. Even some departmental stores keep the organ widely known as “King of Instrument”, and there is no doubt why. The pipe organ produces loud and brash sound through the wind that drives through it. At the same time, the pipe organs are also capable of creating the most beautiful and mysterious sounds that you’ll not listen to anywhere else. Another type or organ is; theater organ that is used during shows in place of orchestras and electronic organs.

“The thing about pipe organs is that every instrument is unique.” – Nathan Bryson

Pipe organs are undoubtedly the largest musical instruments in the world that are played by a single person at a time. Below are some of the most beautiful and largest organs in the world:

It is another spectacular pipe organ that was built in 1834 for the opening of Birmingham’s town hall. The pipes are about 32 feet tall, and it has the largest single organ case in entire Europe. The town hall organ is also famous for the Tuba Mirabilis – fitted with a deep pressure solo reed stop. The organ produces the most beautiful tunes that you’ll not listen to anywhere else. The organ was first installed with 3,000 pipes, but gradually, the number of pipes increase to 6,000. This instrument was a record-breaker for being the largest in England. It is still considered one of the most powerful organs around the world.

Sydney Town Hall is home to one of the huge organs in the world; the Grand Organ. It was built in 1889 by William Hill and Son in London and was shipped to Sydney. It was installed in Sydney Town Hall in 1890. With around 9,000 pipes, there are five manuals of the organ (Great, Solo, Echo, Choir, and Swell), and its pedals have 14 couplers and 126 speaking stops. The Grand Organ is truly “a marvel of excellence in both tone and mechanism.” If you are an organist, you can avail this fantastic opportunity of playing the Grand Organ. Visit this website for further information.

Germany is rich in historic organs, and one of them can be found in Freiberg Cathedral. The construction of the Cathedral was initiated in 1711 by Gottfried Silbermann. About 44-stop organ with pedals was restored in 1983, and today, it still remains the same as it was intended to look. Bach and Silbermann worked together day and night to create this masterpiece. Travel to Freiberg and see this marvel with your own eyes.

Inside the Walt Disney Hall, there is a huge organ attracting music lovers from across the world. Manuel Rosales and Glatter-Götz are the masterminds behind this huge organ that likes like a game of pick-up sticks. Some visitors even termed the organ as ‘French Fries’. The builders made this wacky appearance on purpose as they wanted to create something unique that doesn’t look like an organ in church. Despite the odd look of the organ, it still attracts the attention of everyone who visits the Walt Disney Hall.

It is an ancient organ that is sitting in the Old Cathedral of Brescia, Italy. The organ was designed by the famous Giovan Giacomo Antegnati. He was the church organist at St. Euphemia’s in the Brescia, who was also famous for building organs for many other churches in Italy. In the 19th century, this organ was enlarged and restored. The priests of the church admired the organ so much that they asked all the older pipes to be preserved.

Also considered as a historical monument, the organ is situated in a church in France. It is undoubtedly one of the finest pieces of art in Europe. Toulouse holds great importance for organists. This is why the organ in St. Pierre des Chartreux appeals too many visitors from all across the globe, especially organ lovers. The organ has 4 manuals, 51 stops, and about 78 ranks. If you are in France, a visit to this organ is a must. Don’t forget to listen to the cornet stop for a unique sound.

The crown of the largest organ in Philadelphia goes to the organ in the Lord and Taylor Department Store. The organ has around 28,500 pipes, and it was initially built in 1904 for the St Louis World’s Fair. The organ first had 10,000 pipes in 1904. After a few years, a few more organs were added, and in 1930, the construction was finally completed. Today, this massive organ produces magical and unique sounds. If you are in Philadelphia, you must visit this organ and listen to music.

Some Interesting Facts About Pipe Organs: